Are You Hurting Yourself or Your Horse with This Common Habit? 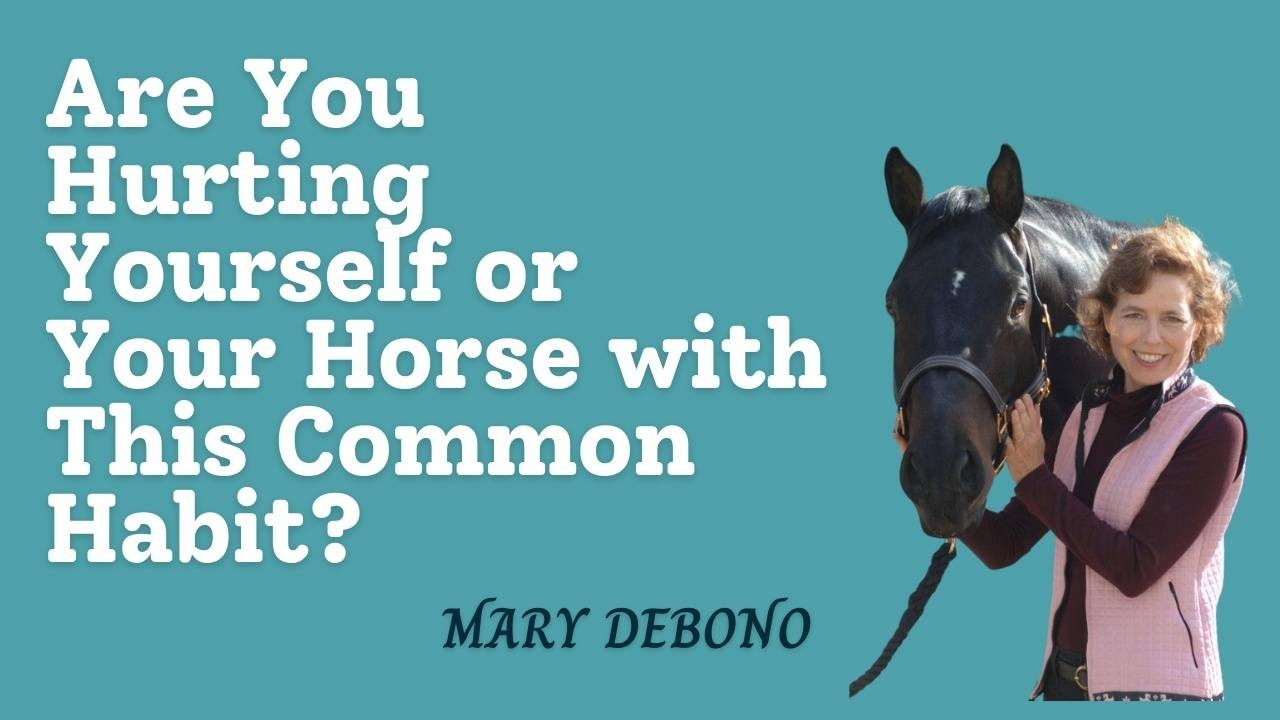 Some habits are really useful. Other habits can be detrimental to ourselves and our horses. In this episode, you'll learn how your habits of movement and posture can contribute to stiffness, back pain, imbalances and even spinal damage!

You'll learn simple ways to break out of your habitual, unconscious routine  and develop greater self awareness. With improved awareness, you'll move with more ease, comfort and choice. And when you explore non-habitual movements with your horse, your horse can become more flexible and balanced too. You'll also find out how to get my FREE videos. These unmounted exercises can help liberate you from harmful movement habits and improve your seat, position and balance on your horse.  Effortlessly!

Hello and welcome. I hope you're doing great today. Well, in this episode, we're going to be talking about your habits and I don't mean habits like...

You Have to Do This Before Your Horse Can Improve 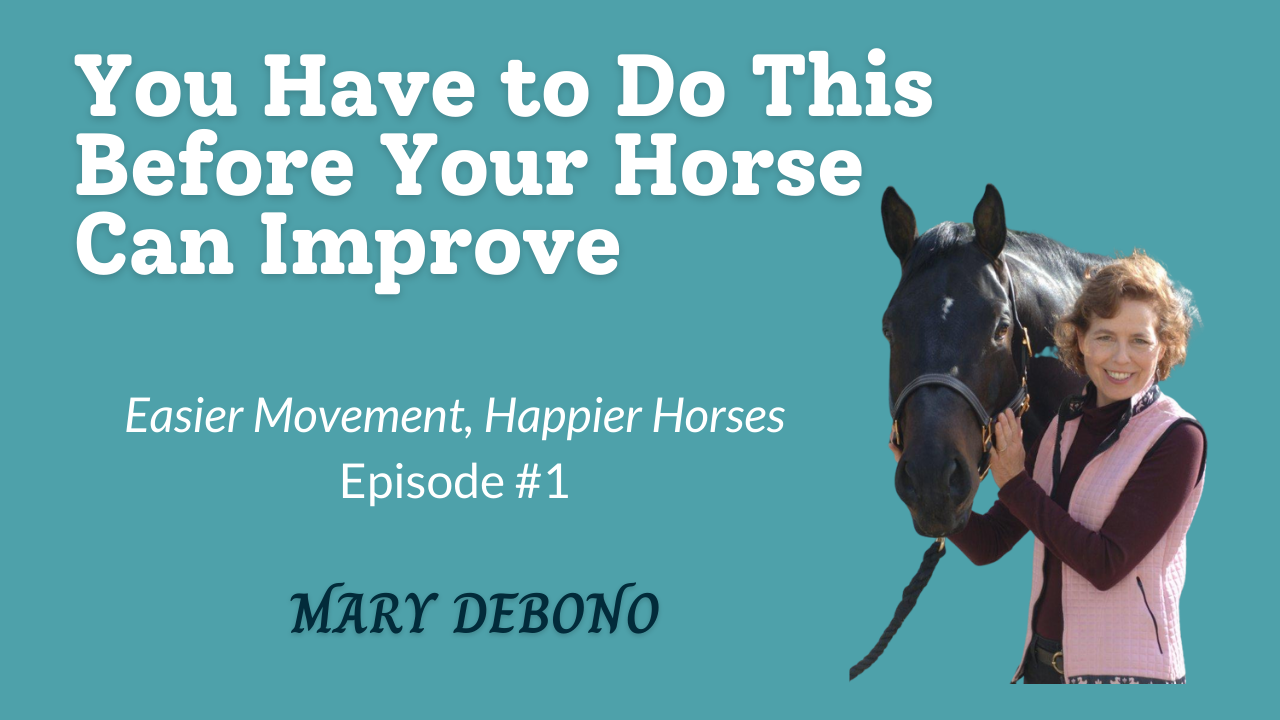 Welcome to Easier Movement, Happier Horses. I'm Mary Debono, your movement and mindset coach. If you'd like to have flexible, balanced movement or relaxed, confident mindset, and a joyful connection with your horse, you're in the right place. I can't wait to share what I've learned over the past 30 years of helping improve the performance and partnership of horses and their humans.

Thank you so much for being here. Now. Let's dive in Hello and welcome to easier movement, happier horses. I'm Mary Debono and I'm so glad you're here. My goal in this podcast is to help you discover how you and your horse could have balanced fluid movement or relaxed mind, and a joyful connection with each other. And one of the ways that I do that I help people get there is to take every day routine things that they do, 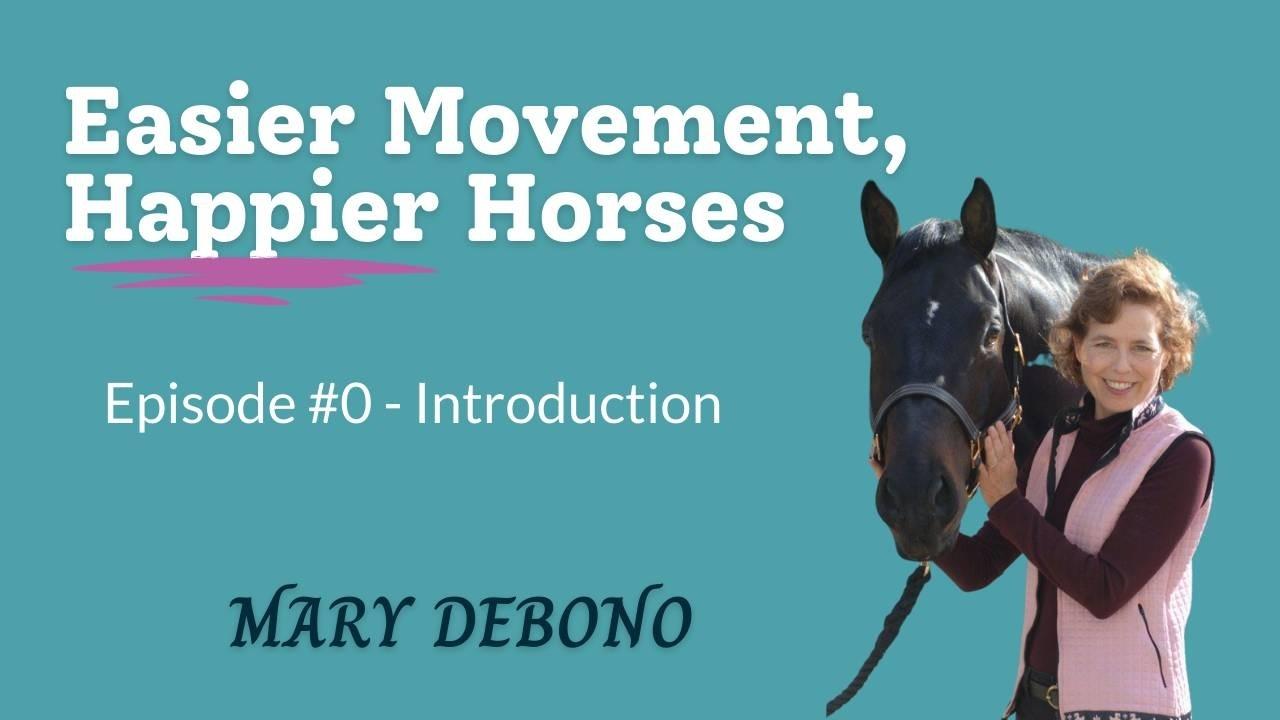 Welcome to Easier Movement, Happier Horses. I'm Mary Debono, your movement and mindset coach. If you'd like to have flexible, balanced movement, a relaxed, confident mindset, and a joyful connection with your horse, you're in the right place. I can't wait to share what I've learned over the past 30 years of helping improve the performance and partnership of horses and their humans.

Thank you so much for being here. Now. Let's dive in. Are you or your horse stiff, crooked or tense? Well, my name is Mary Debono and I have a new podcast called "Easier Movement, Happier Horses." And my mission is to help you and your horse feel more flexible, balanced, and confident at any age. So I'm so excited. 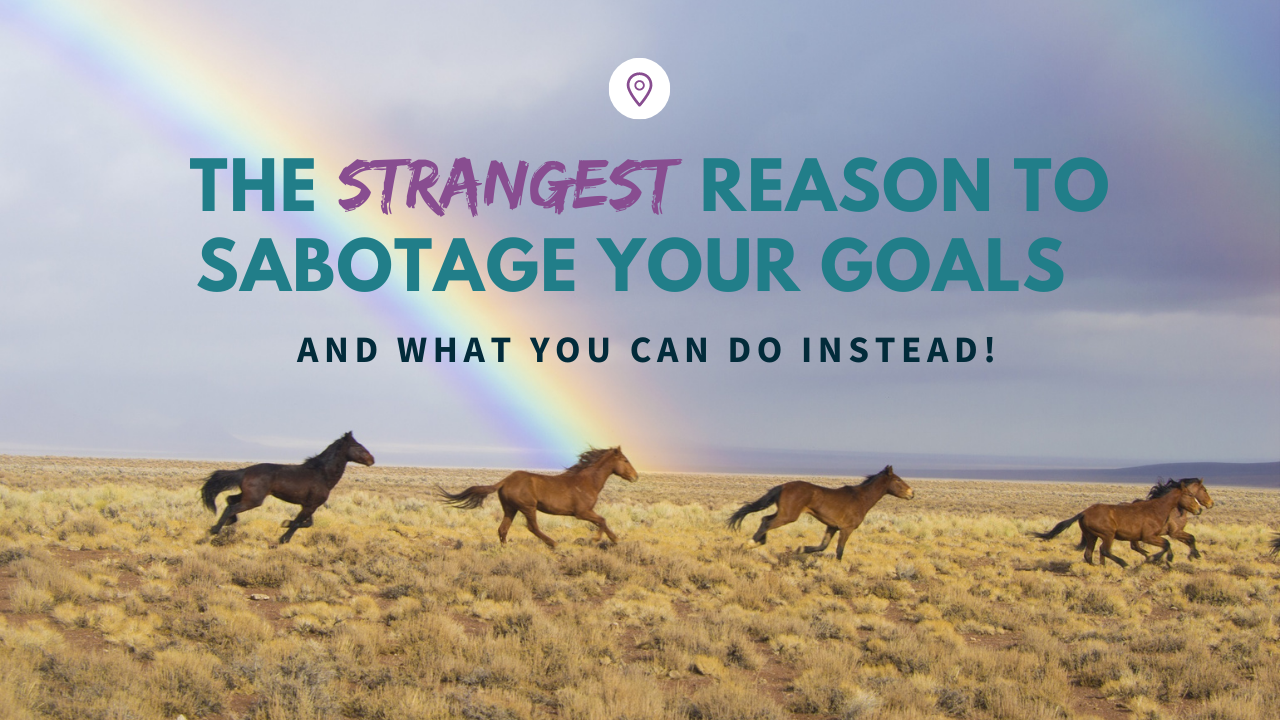 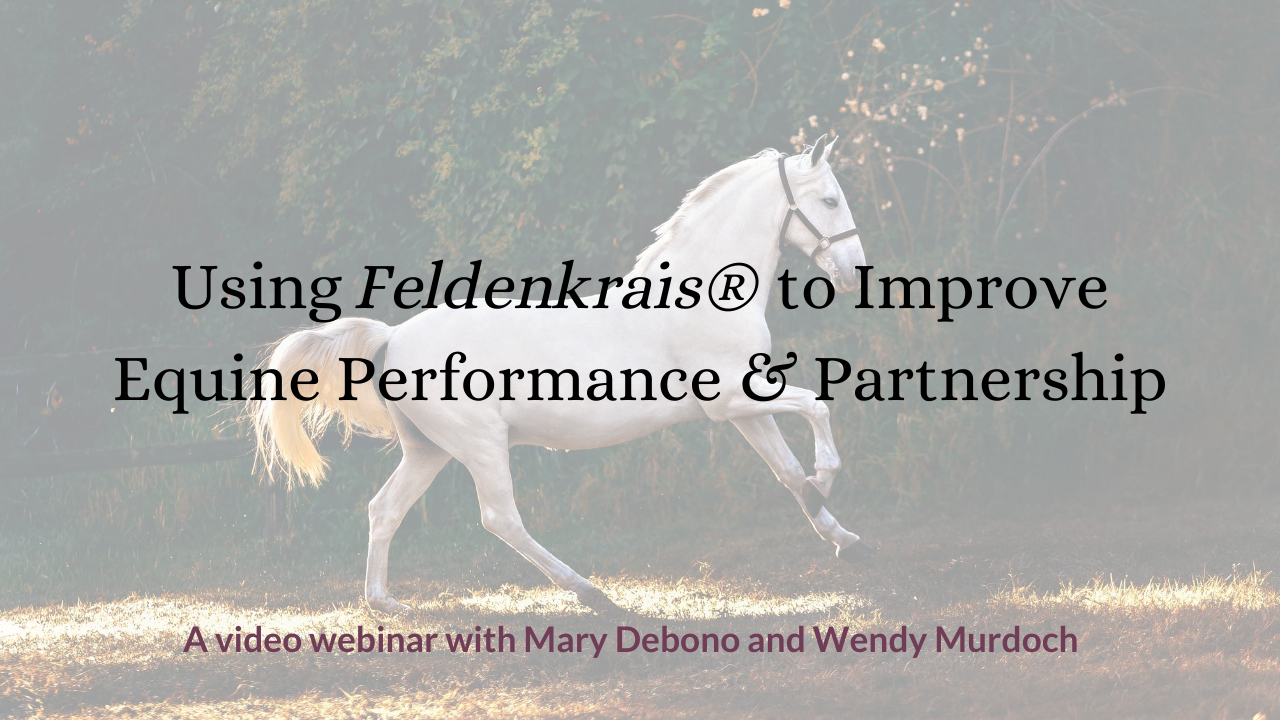 Do you know who's been busy during the pandemic?

An international clinician and creator of the SURE FOOT® equine stability program, Wendy has been using her stay-at-home time to interview DOZENS of equine experts.

And I'm honored to be one of them!

In the webinar, we discuss how the Feldenkrais Method® can improve equine athletic performance.

And to deepen your connection and partnership with your horse.

And so much more.

00:06:00 - Learn the simple game that helped train my eye and predict how a horse would behave.

00:15:14 - I was so much older in my 20's! I had lots of aches and pains (including a hip problem and severe carpal tunnel syndrome). Then the Feldenkrais Method® changed my life. ‍

The chestnut horse stood before me, her long mane gracing her arched neck.

I watched as the veterinarian and the horse’s person looked at a radiograph of the mare’s left front lower leg, which showed a clearly defined suspensory ligament.

The vet explained to the woman that the horse would not be able to recover from her suspensory ligament injury and would be permanently lame.

The woman was distraught by the news.

Confidently, I strode forward and announced that I could help the horse return to full soundness. I did my signature Debono Moves* work with the horse for five minutes and, magically, the horse healed.

Magically, indeed! Rubbing the sleep from my eyes, I recounted my dream.

I laughed at the arrogance of my dream self, but I didn’t dismiss the dream. It felt important. And there had to be a reason why the suspensory ligament was shown in such detail. I wondered what it all meant.

And just who WAS that beautiful horse?...

From Oh Sh*t to Okay

Want to know how the Airedale recovered so quickly from carpal arthritis?

Curious how a yellow Lab returned to soundness after a devastating knee ligament injury?

They all had one thing in common.

I didn’t focus on their problems.

I left the problems to the veterinarians and other medical personnel.

Instead, I helped these dogs find new possibilities for easier movement.

They learned to use their bodies in new, more comfortable ways.

And they developed better body awareness and coordination.

And guess what happened…

The dogs’ problems went away!

When faced with a doggie dilemma, people often get stuck in a problem state.

They’re so focused on the problem that it obscures their ability to see anything else.

Maybe you’ve done it too.

Need Confidence? Try This Hack Instead

“I wish I had more confidence when I ride.”

I hear that over and over.

Riders constantly wish they had more confidence in the saddle.

As if confidence were a trait that some people were born with, like green eyes.

Or something you could order on Amazon.

Want confidence? It’s available with Prime shipping. Get it by tomorrow evening!

Well, I have good news.

You need to feel resourceful.

Feeling resourceful means that you have the *skills* to handle whatever challenges come up.

And those are skills you can learn.

So, let’s stop wishing for confidence.

Instead, focus on developing the movement and mindset skills to help you feel RESOURCEFUL with your horse.

When you have a balanced, secure seat on your horse, your feelings of safety will increase.

And you’ll be more likely to stay with your horse if he... 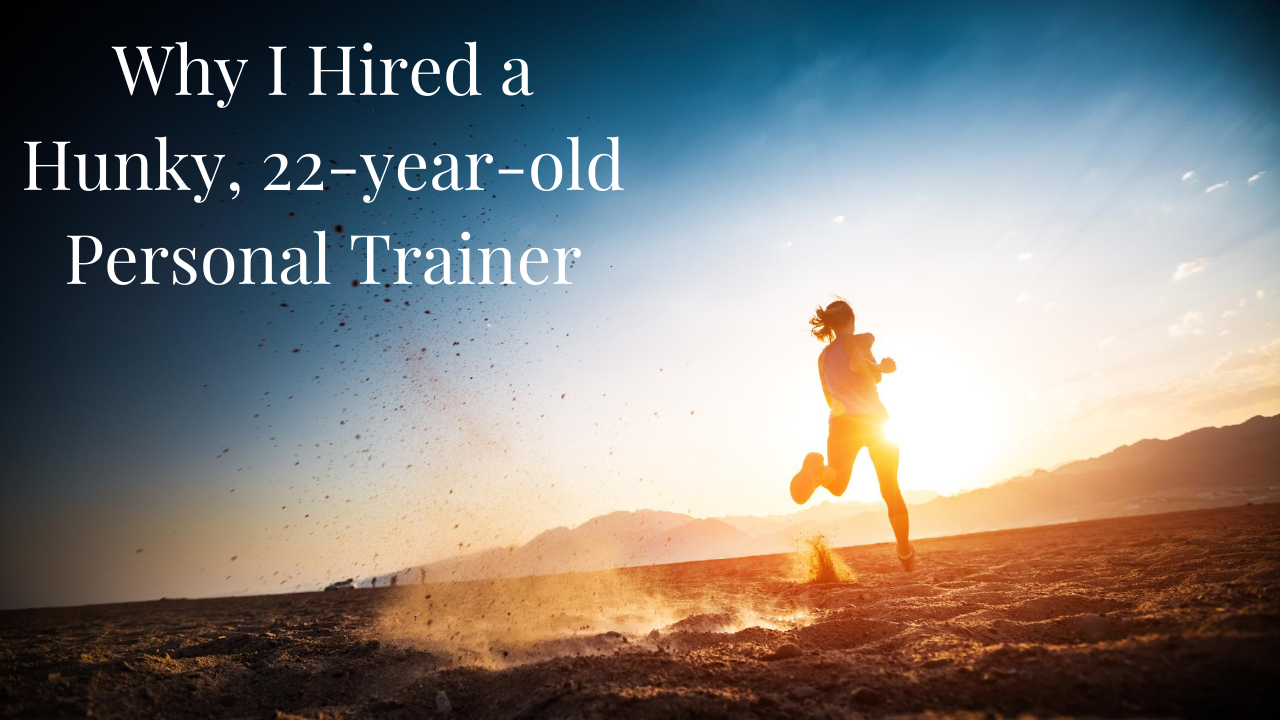 Resting heart rate: 53. This healthy metric is due, in large part, to my personal trainer. But why did I, a female in my 50’s, hire a buff, 22-year-old dude to help me reach my fitness goals?

Well, there are the obvious reasons. For one, he’s easy on the eyes. As we run shoulder-to-shoulder, I can’t help but sneak the occasional glance at his muscular physique. If he notices, he never says anything.

Besides the superficial reasons, there are other benefits to working out with my guy, who I’ll call “BD,” since I didn’t get his written permission to include his name here.

First off, I don’t enjoy going to a gym. Never have. But put me out in nature, and I’m in heaven. BD is more than happy to exercise in the fresh air. That’s a big plus. We meet three miles from my home and we run and hike through the local hills and trails. Living in Southern California, the weather is...

Think Outside the Stall 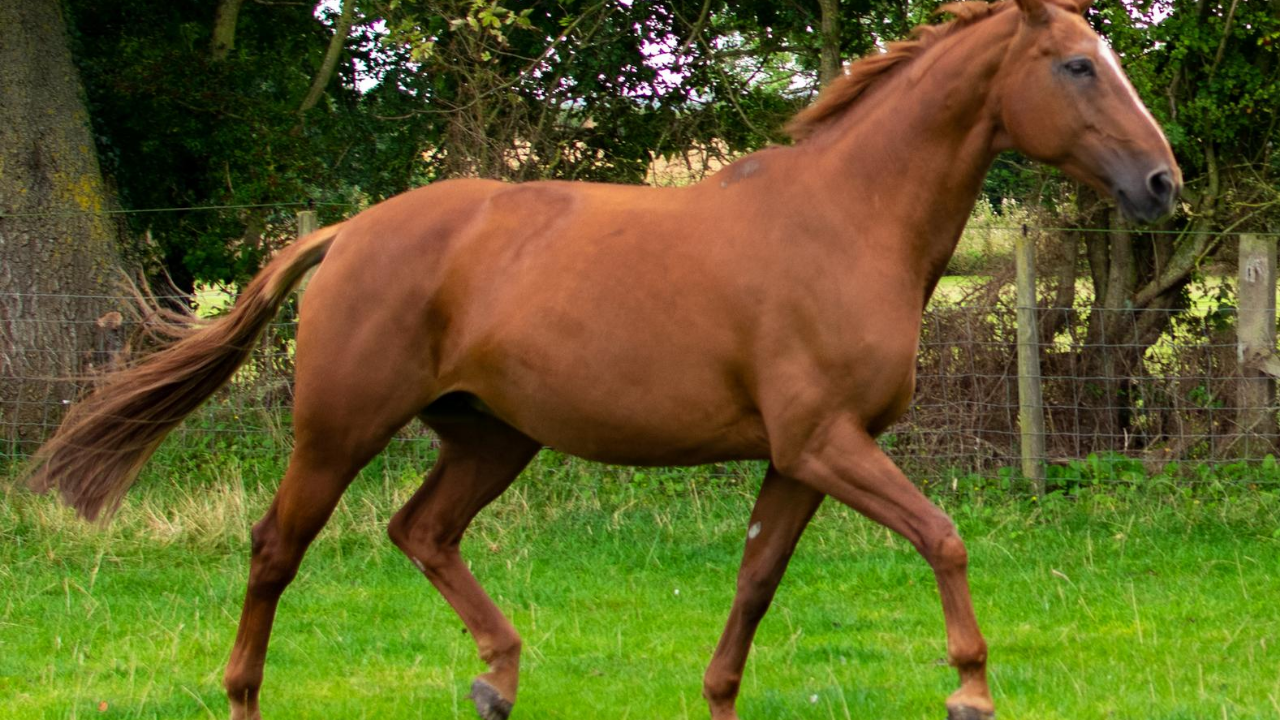 The chestnut horse’s life changed so drastically, so wonderfully, that having the ability to pick up both leads easily is hardly worth mentioning.

Except that the story starts with a problem at the canter. And an upcoming horse show. A big one.

I was teaching a two-week Debono Moves equine workshop at a large, picturesque facility. Green lawns studded with shady pepper trees surrounded the large barns, and riders had access to trainers of various riding disciplines.

Horses enjoyed the ample turnout paddocks and many happily lived outside year-round. All in all, it seemed like a lovely place to be a horse.

Except if you happened to be a horse in Barn A, Section 2.

That part of the barn was leased by a trainer who kept his charges locked up in dark stalls, the windows clamped shut to keep out light and to prevent the horses from experiencing the outside world. The equines were always outfitted with blankets and tail sets, and sometimes wore...