EMHH Episode 13: Is Your Horse REALLY Relaxed? Are You? 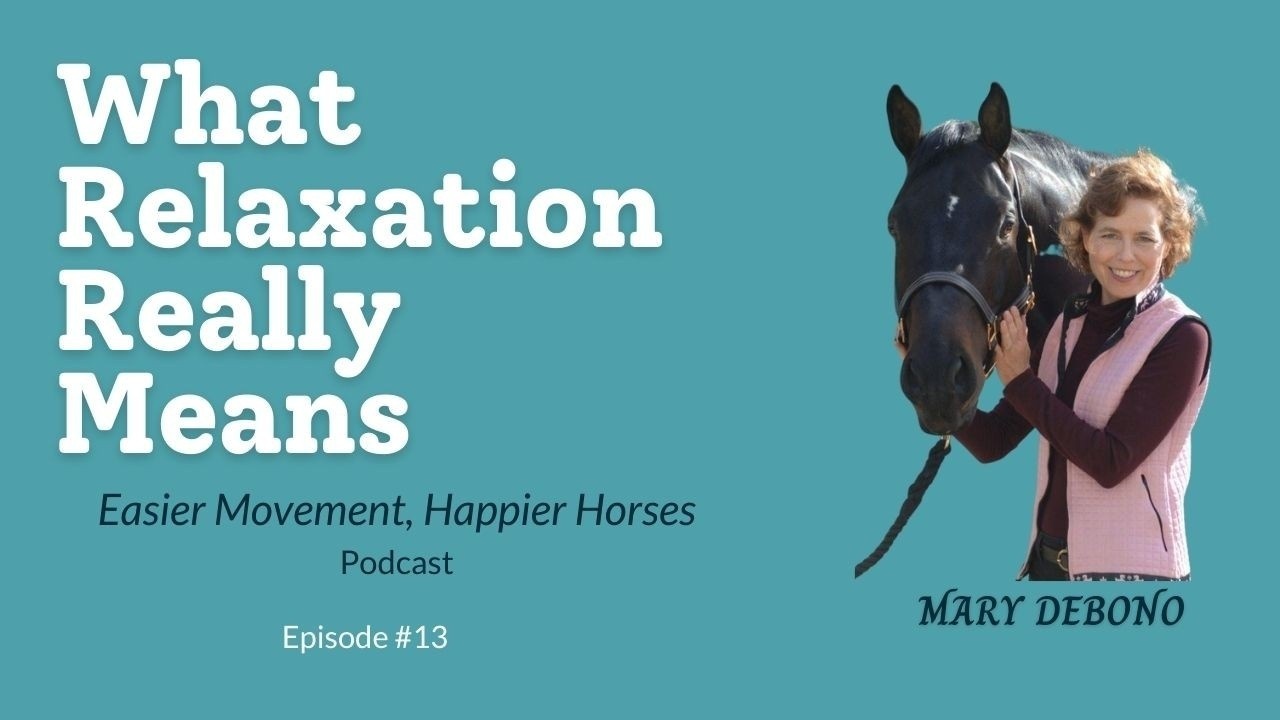 You want your horse to be relaxed and responsive. But do you know if your horse TRULY is relaxed? Some horses appear relaxed, but they’re NOT.

You’ll learn why “relaxed readiness” is essential for your horse’s athletic ability – and your own. You’ll learn why relaxed muscles have more potential strength than muscles that are chronically tight.

Want to help your horse - and yourself - have more flexible, balanced and confident movement?

Click here to join the waitlist for our online group coaching program, "Move With Your Horse."

Thank you so much for being here. I can’t wait to talk with you again. Bye for now.

These Special Moves Can Help an Injured or Stressed Horse Recover

With my hands resting lightly on the bay mare’s rib cage, we simply breathed together for several minutes. Her breathing was shallow. And faster than normal. It was obvious that the horse was stressed. Very stressed.

The mare, whose name was Grace, had recently returned from a camping trip in the mountains. Three days of riding in rocky, mountainous terrain had taken their toll on the horse. She hadn’t been conditioned to handle that type of grueling work.

Her person, a well-meaning woman named Estelle, was distraught when she realized what she had “done” to her horse. Until they were out on the trail, Estelle didn’t realize that her fellow campers would be riding for several hours a day. For three days. On steep, rocky trails.

While riding with her fellow campers, Estelle had been caught up in the moment and probably wasn’t thinking clearly. The bay mare, wanting to stay...

EMHH Episode 12: Don't Overlook This if You Want a Sound Horse 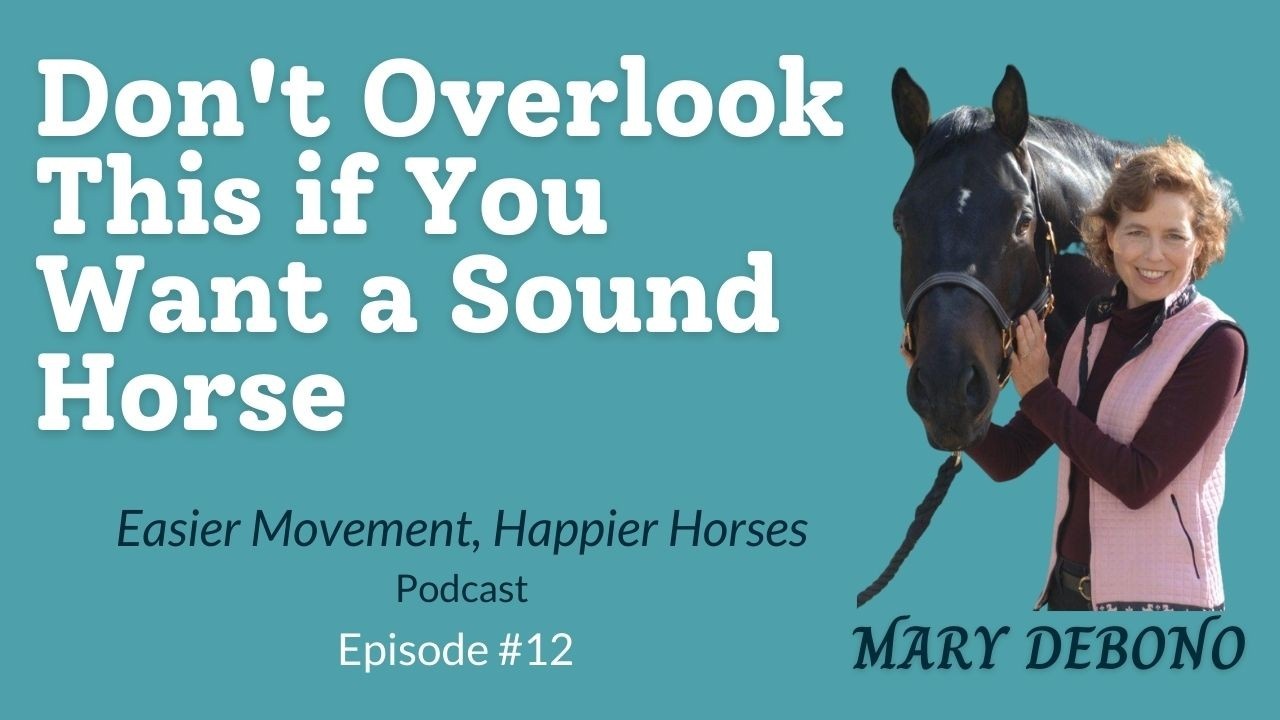 You want your horse to enjoy a lifetime of sound, athletic movement. But you're probably overlooking the one thing that can help your horse enjoy sound, healthy movement.

In this episode, you'll learn why it's ESSENTIAL to pay attention to how your horse coordinates his movement, rather than focusing on the individual joints, muscles, etc.

Coordination is the key to healthy and balanced movement. It can reduce the risk of injury, allow strained parts to heal and restore freer, more youthful movement. It even affects your horse's emotional state!

Click here to get a short, effective Feldenkrais® video to help you coordinate your movement so that you have more FLEXIBLE KNEES!

Want to help your horse - and yourself - have more flexible, balanced and confident movement?

Click here to join the waitlist for our online group coaching program, "Move With Your Horse."

Connect with Your Dog 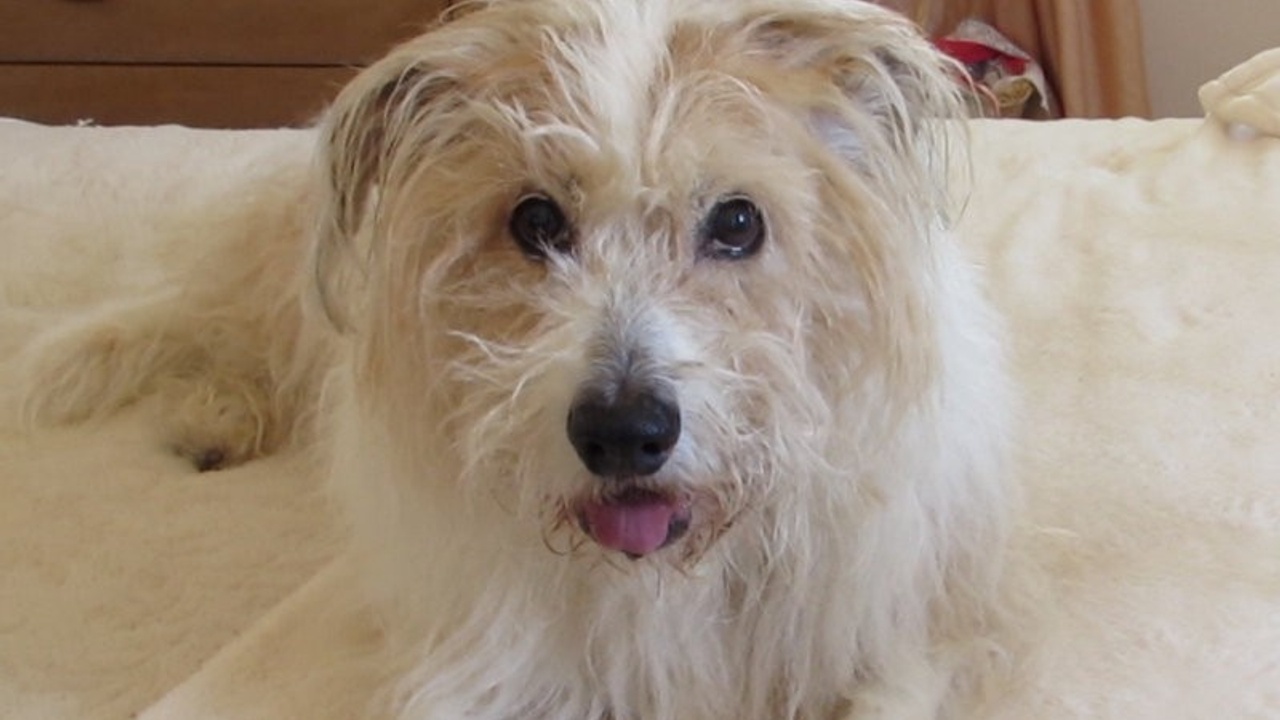 The following is from a reader of Grow Young with Your Dog.

“I have a 15-year old terrier mix who was has very arthritic hips after a fall down a flight of stairs. His tail had been locked down close to his body and he walked with great difficulty. He often fell over because he was so unbalanced.

I have performed the exercises daily on my dog (and on me, as well) and am happy to report that Duffy gets better with each passing day. This morning he even ran down the hall with his tail in the air!

"I love that this book approaches healing by combining the mind, breath, muscles and nerves. The rhythmic movements trigger a response in the nervous system that opens a pathway to healing, helping the muscles re-learn how to move correctly again after months of compensating for pain.

There is nothing so fulfilling as hearing your pet breathe a heavy sigh when his muscles relax and release under the gentle touch of your hands. This book and Mary's methods are...

EMHH Episode 4: Your Horse Has Habits Too - Here's How to Change Them 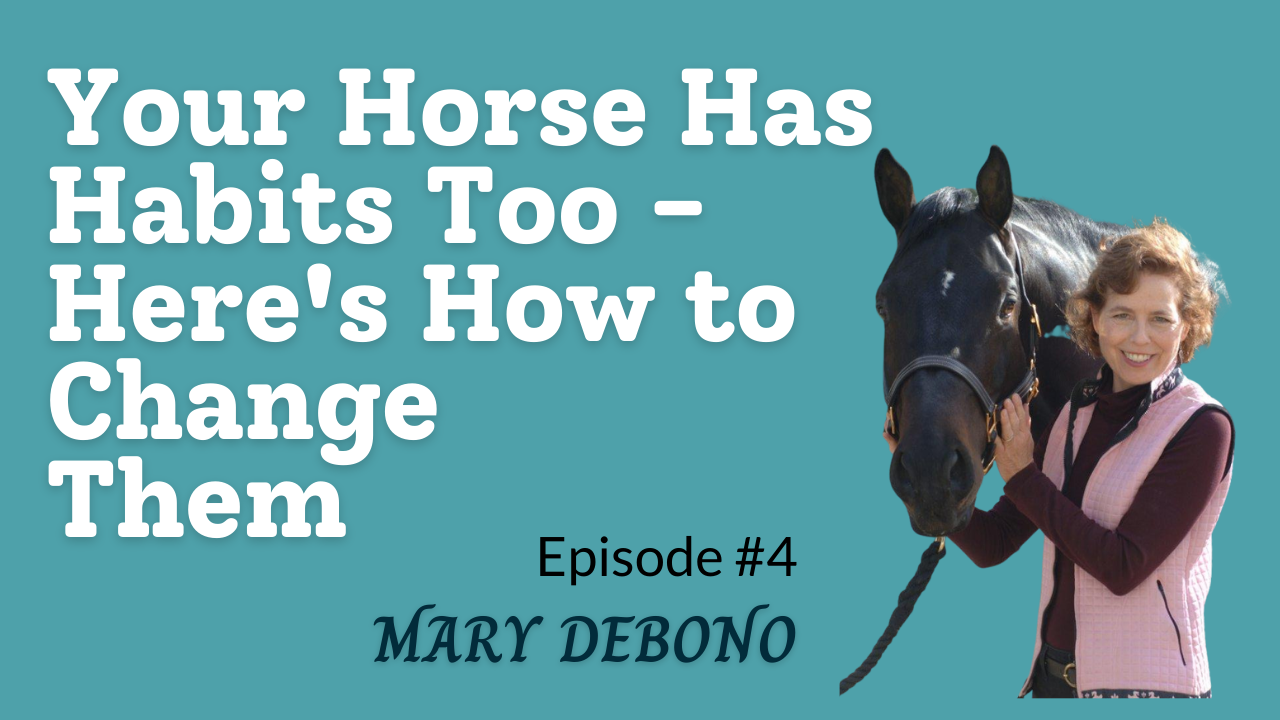 To get the FREE videos of Mary demonstrating the hands-on moves with a horse, go to MaryDebono.com/Horse.

Is your horse stiff to one side? Does your horse hollow her back or stand asymmetrically? Does he pin his ears when he tighten the girth?

In this episode, you'll learn how to identify and help change your horse's unhealthy habits of posture, movement and behavior.

You'll learn a gentle, effective way to enhance your horse's body awareness and help your horse release unhealthy habits of tensing muscles. This hands-on technique can also improve your "feel" and improve communication and connection between you and your horse. This is the first step in helping your horse experience more freedom and flexibility.

If you have any questions, please email [email protected].